(A version of this piece appeared in quora.com.)

Rowan Atkinson, more ardently known as Mr. Bean, said that one needs to apologize for a bad joke; hence there is no need for an apology in saying that a woman in burqa looks like a letterbox. Mr. Bean should know what is a good joke. In an episode that epitomizes British good humour, a nervous Mr. Bean stands in line for an introduction with the queen with his penis hanging outside his pants.

Actually, I think Johnson’s was a bad joke in the sense that one  never sees a Burqa-clad 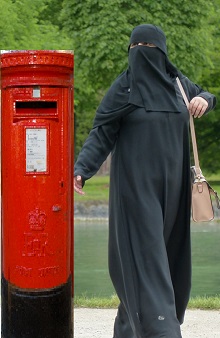 woman wearing the colour of a letter box which is blood-red in the UK and in most other countries except in France and Germany where it happens to be yellow. The burqa is invariably black.

I see no insult and humiliation in comparing a fashion statement – even a religious fashion statement – without naming any person inside it. Sometime ago, a minister, again of the UK, said he wouldn’t want to talk to a woman whose face was hidden behind a burqa. I think he was perfectly right. Who would want to communicate with the unseen and the anonymous?

When you reckon the insults heaped, stones pelted, death threats issued and carried out, on the women who wear jeans, short skirts, bikinis, swimwear – even waxed legs, or a peek-a-boo cleavage, the ex-minister’s comparison of a burqa clad woman to letterbox should be seen as a back-handed compliment. Britain’s letterboxes are a lovely red and bear the royal crest. Burqas have no such claim to royalty, beauty or aesthetic sensitivity. In places like Afghanistan, Pakistan and Saudi Arabia, a burqa does not protect a woman from being raped. It does not prevent an unfortunate woman from being stoned to death or summarily (and perhaps more mercifully) beheaded for the helplessly passive crime of being subjected to rape. 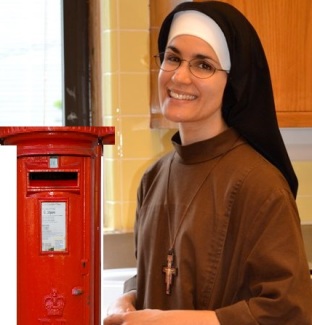 Catholic Nuns also wear something close to the burqa but for the wider exposure of their faces. Some of them who have pink faces do don habits that are near-red, which could easily be mistaken  for a letter box from a distance in Britain’s foggy weather. Even they are often ridiculed for their habits (pun intended) though many bishops and priests – at least some of them in my home province Kerala – find the self-defacing apparel to be no hindrance to committing rape or sending out WhatsApp messages asking for a nun’s hand with a perverted, literal suggestion.

You could hardly hide a bomb inside a pair of tight jeans or buttock-hugging skirt. You can, within a burqa. A dangerous jihadi can scarcely fool his victims by hiding behind short skirts, bikinis or jeans, but can safely pass off inside a burqa and carry out his divine-inspired carnage.

I have, however, nothing against the ladies who are afraid to show their faces to the public for whatever reason – religious compulsion, dread of parental or clerical fury, fear of whistling wolves, or the desire to hide plain ugliness. I also support an onlooker’s right to pass opinion on such clothing which they consider inhuman, as long as such comments are not blown straight into the area where one expects the burqa-wearer’s face to be.

Nobody who aspires for a high office should be prevented from venting his opinion. Come to think of it, Donald Trump’s well-publicised comment that you could dig into any woman’s panty if you had the money evidently raised his popularity rating. The trouble with Boris Johnson is that he is crude with his hairstyle and verbosity, but not crude enough to raise much support for his prime ministerial aspiration.

The rule against hurting religious feelings is a ploy that could prevent one from exercising one’s right of free speech. Religious teachings are so all-encompassing that almost anything you say could hurt the  religious feeling of one or another. To declare that democracy is the best for mankind could hurt the feelings of a religion which teaches that a Caliphate with a Quraysh (from the same tribe as the Prophet) at the top is what God intended for mankind. To declare that Allah is the greatest is to suggest that Jesus barely counts. To say that Trinity is the Lord of the universe would surely hurt Muslim sentiments which believe that to find partners for Allah is the gravest sin. Secularism is a toxic phrase for Islam, Christianity and, of late, Hindu nationalism. A well-known singer of Hindi songs once said that the Muezzin’s call early in the morning irritated him no end. His words hurt Muslim sentiments so much that the man apologized; it then hurt Hindu sentiments that he was cowardly enough to apologize. Many Hindus of India (though not of the North East or of the extreme South-West) believe that eating beef is like killing their mother and such a killer of the proverbial mother should be done away with on the spot. It is not certain, however, that the same Hindus treat their ageing mothers too well.

So, in a healthy and peaceful world, men like Mr. Johnson must be allowed to let down 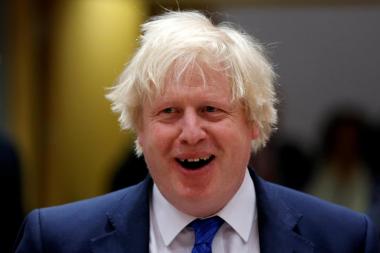 his hair (literally and metaphorically) vent his opinion on burqa and let the Mullah declare that jeans and short skirts wearers will be made to drink boiling water after they die. If the young ladies in tight skirts and gaping cleavage laugh at that suggestion, let them. Let Salman Rushdie write another sequel on the fourteen wives of an imaginary (or real) Mahound and let Charlie Hebdo publish enough graphic satire to tickle its readers to death without a shot being fired. All this, free of the fear of being massacred or suicide-bombed. Let there be healthy debates and one-up-manship in smoking rooms, tea stalls, trains, buses and back alleys, always allowing good humour to prevail.

But is someone wants to reinforce his side of the argument with a sword, a gun or a belt-bomb, then kick his arse ever so gently. Thou shalt neither kill, nor pull his nails, nor even water-board. Period.

One thought on “SHOULD BORIS JOHNSON APOLOGISE?”