This was question put to me by a ‘god-fearing’ friend. Why he feared his God, I do not know. If knew a God I would rather love him or her. 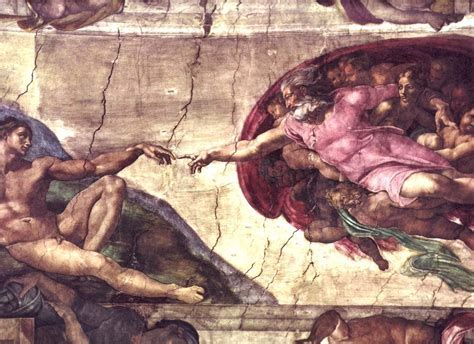 Although no possibility can be excluded when it comes to human conduct, I think an atheist being a white supremacist, or racist would be quite rare.

An atheist does not belong to a particular faith that he has to defend, no God to please, and hence no hatred towards the other people. On the other hand, Abrahamic religions teach their followers to hate or even kill those who don’t follow their beliefs – those who worship idols (though all of them worship idols in some form of another), multiple gods (yet there are saints, peers and angels apart from their God who look after their interests), have a different name for their God and so on. Racism and religion are interdependent – Biblical God wanted all non-Israelites eliminated; Jesus thought Canaanites are dogs not worthy of being given a crumb of bread or their child being healed; Vishnu, the supreme godhead of Hindus had made it the goal of his very existence to annihilate Asuras, an ancient tribe now renamed Dalits or untouchables. Divine hatred is a never-ending source of danger for the races named in the scriptures – white, brown or black.

However, I have not  seen or heard of an atheist-white supremacist-extremist. I wonder how there could be one. You cannot, by the way, make a man an atheist, In this world of treachery and lies, milking of faith and cheating of the gullible, it takes a serious zoologist like Dawkins, philosopher like Russell or thinker and investigator like Hitchens to become a bona fide atheist.

Now don’t come to me with that Hitler-killed-more than-all-the-crusades and Stalin-was-an-extremist or Mao-killed-so-many- yarns. Hitler had announced himself several times to be a Christian doing the job of Jesus; (Vishumenon’s Blog) Stalin was trained in a Christian seminary before he became a Communist; Mao never claimed he was an atheist; God is mentioned in several of his poems. Communist regimes attack churches not because they (Communists) are atheists, but because they find a powerful machinery of propaganda against them. I know a senior minister in Kerala, who is among the higher higher hierarchy of the Communist Party of India (Marxist) who conducted an “Eliminate-the-foes” sacrifice in a Hindu temple. Kim Jong-un who rules one of the last bastions of Communism in the world believes in a God – his grandfather Comrade Kim Il Sung, despite the fact that the said God who used to advertise himself the world teacher had sung his  swan song decades ago.

An atheist is the one who realizes that he or she is no special beloved of any God, that he has no dominion over the rest of the animal world, that if indeed there is a God who oversees the trillion trillion trillion stars and their many multiples of planets, he would not have time to keep checking whether a man screws his own wife or his neighbor’s wife, and whether he worships only him or another God.

The atheist realizes that all the mysteries of the universe has not been unravelled, the search and research should go on, that all nature’s laws as man understands would need upgradation from time to time; that Man might not even be on the top of the evolution spiral; that there is a good probability that to a chimpanzee, man (he or she) might seem the ugliest being in the world while man perceives it the other way around. Realization of the kind makes the atheist humble, never an extremist. All the famous people who demonstrated against wars and use of nuclear weapons were atheists.

Religion thrives on lies of the kind while atheism is still investigating. All that he/she found so far is, to quote Richard Dawkins, that the so-called God is ”

1. jealous and proud of it;

and hence such a mean being cannot be existent. Dawkins was, of course, speaking of the Biblical God who is the same as Judaic God as well as the Islamic God.. The honorifics fit other Gods as well – The allegedly reformed Trinity of the Christians and the fratricide-preaching Krishna or Vishnu