Billy Graham is dead. He died in February this year (2018), a few months short of the landmark age of a 100. Despite his spiritual encouragement of at least five presidents to go and bomb innocent civilians in distant places (as, no doubt, dictated by his blood-thirsty Man-of-War God), and despite his contempt for the ‘love thy enemy’ advice of his Master Jesus Christ (he visited US soldiers in Korea and Vietnam, but not their Vietnamese victims), I do hope that he died in peace. An anti-semitist and anti-Catholic and a throughly opportunist preacher, he campaigned against the election of JFK, a Catholic, but ‘advised the latter once he became President. Once Obama was re-elected, he ‘forgave’ him while his son and heir, Franklin Graham, spewed Venom on the popular President. 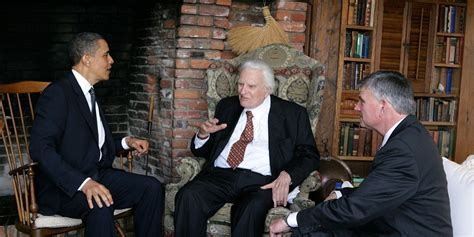 I suppose Billy Graham preached what he believed, but isn’t that what we all try to do? He happened to be a more successful orator than most of us. He had the courage and breadth of vision to share a pulpit with Martin Luther King, and to say, “No, America is a secular country, not a Christian Country.’’ I will grant that he worked hard enough for the 25 million that is supposed to be his earning. As compared to other preachers, church elders and pastors, Billy Graham gave little material to spamsters, which is a rare record for a godman.

Billy is now resting in his grave, not surprised that he did not go to heaven promised by his Master. For a dead man – even the most famous evangelical of the world and of two centuries – is aware of nothing after he is dead and is slowly being dissolved into the dirt which he came from in the first place.

This answer first appeared in Quora.com